They’re back! For the first time in over 10 years Pop – Punk based band, Blink 182 have announced their world tour with all of its original members. They will be performing at the Xcel Energy Center on Thursday May the 4th 2023 and like all the real fans know, Blink 182 really know how to rock a concert with high energy, fast-paced melodies and an irreverent style, this is not a show to be missed. Don’t miss your chance to see one of the most popular rock bands ever. Buy the tickets now. 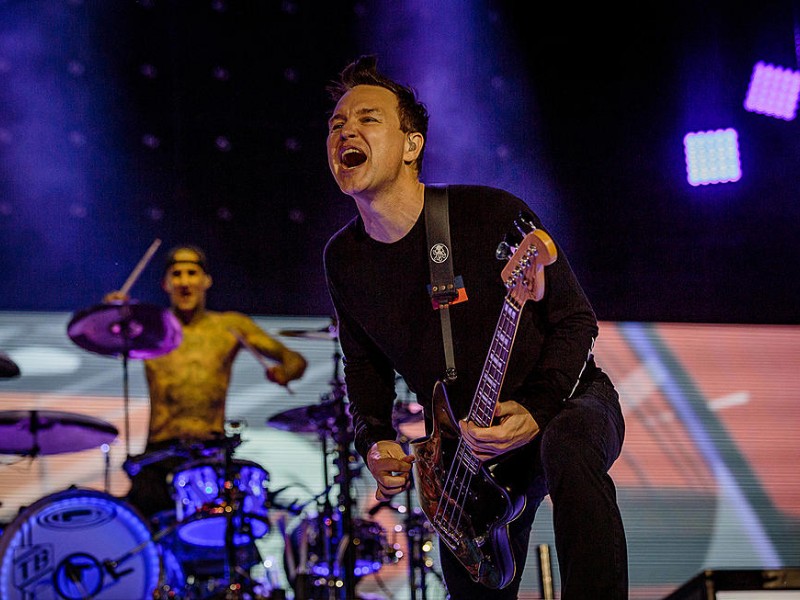 Blink 182 has heritage. The band was formed in Poway California in 1992. The have has sold over 50 million records worldwide and have 9 studio albums under their belt, and that is no easy task. With a sound that is unmistakably pop punk and lyrics that are unashamedly rock and roll, Blink 182 have been entertaining fans for years.

Blink 182’s sound can be summed up as fast-paced and edgy, with lyrics that focus on relationships, adolescent frustration and maturity (or lack thereof). That unique blend of ingredients is why the fans love them. Now after a decade away, the original band is back, bringing with them all that old magic that made them popular in the first place.

Comprised of three cast members, Tom DeLonge, Mark Hoppus and Travis Barker, the trio have made hit after hit including titles such as, All The Small Things, What’s My Age Again, First Date, Felling This, and now they have created a new masterpiece, Edging.

The band have rocked stages all over the world and now they are coming to you. It’s going to be a concert for the history book so don’t delay buy the tickets right now.